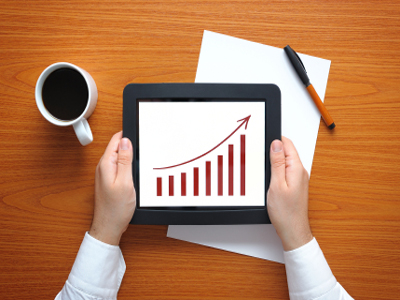 A total of 4,006 small and mid-sized California businesses for sale transactions were successfully completed during the first quarter of 2013, the highest deal count for the first three months for any of the past five years, according to figures release by the BizBen Index.

The company said the tally, completed at the end of last month, exceeds the 3,652 transaction total posted for the first quarter last year by nearly 10 percent.

Most of the state's largest counties reported gains in small business sales the first 2013 quarter compared to the same period last year. Increases were seen in Los Angeles County with 1,048 finalized transactions in the just-completed quarter, up by 13.4% over the sales tally recorded in the same quarter of last year. Orange County's first quarter total is 434, a pickup in activity of about 23% compared to 351 deals finalized in the January-thru-March period of 2012. A total of 387 small and mid-sized San Diego County businesses have been sold so far this year, an increase of 29% compared to the 300 sales conducted during the same 2012 period.

Winners in large Northern California counties include Santa Clara County with 168 successful transactions during the past three months vs. 146 deals for the same 2012 period. Some 161 San Francisco businesses changed hands in the first quarter this year, an increase of about 3.22 percent, compared to 156 closed deals in the same month last year.

We're eager to see improvement in the number of small California business transfers, but it's too soon to call the increase in sales a full recovery in the state's business for sale marketplace. There are more buyers and sellers in the market today than we've seen in a generation That's because so many baby boomer business owners are trying to sell out and retire; and a growing number of Californians want to get into their own business because they're frustrated about the limited opportunities to enjoy job security or to pursue a promising career, as long as they are working for someone else. But that hasn't resulted in the boom in business transfers that some people predicted. Instead, the sales totals still lag far behind the volume of completed deals recorded during the years before the recession.

For example, while the total of successfully closed transactions in California over the past three months has grown compared to figures from the past few years, we're still looking at a drop of about 29% from the 5,643 business sales transactions finalized in the state during the first quarter of 2008.

The way to read the sales figures and to understand the underlying forces at work is to recognize that we are not about to see our familiar marketplace "return to normal." Some of the ways we've traditionally gone about offering a company for sale, or identifying a good business to purchase and then getting the funds to complete a deal, are not working as effectively now as they did before the recession.

California entrepreneurs who recognize the changes are starting to understand we are working in a New Economy, one that requires both buyers and sellers to employ fresh strategies if they want to achieve their objectives.

A lot of the new ways of looking at the challenges, and some innovative approaches for finding and successfully buying a desirable company in this New Economy, have been compiled in my new eBook "Buying a California Business in the New Economy."

March sales totals by California County, found at http://www.bizben.com/stats/stats-monthly-march.php , are:

Sales statistics by city and county throughout the state for the past four years are accessed at http://www.bizben.com/stats/stats-total.php.

The BizBen Index has been collecting and reporting information about small California business sales for 16 years, to help business owners/sellers, buyers and the professionals participating in this market make informed choices and achieve success.

Recent Blogs & Articles:
What Are Business Buyers Biggest Mistakes? We Examine The Most Common

Confidentiality: Why Keeping A Deal Quiet Is Important To Business Sellers

Key Tax Considerations In A Deal: Deciding Between An Asset vs A Stock S...

What Is The Typical Business Broker Fee For Sellers And Buyers? Who Pays...