Landlord Issues: Working With Landlords When Selling Or Buying A Business

Landlord Issues: Working With Landlords When Selling Or Buying A Business 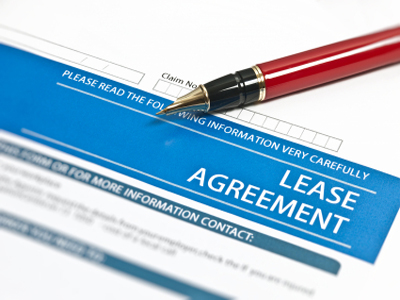 As a business broker, one of the most difficult parts of my job is dealing with landlords. Orange County is synonymous for unscrupulous landlords, and complicated, one sided leases.  There's a general rule of thumb that the bigger the lease the more difficult the landlord, most of the time that is the case indeed. However, I just closed a deal that defied my theory. I had a listing for a business that had a modest retail front but was mostly wholesale. The location is way off the main streets in an industrial area so it would not be considered a prime location. The business was 20+ years old and had only changed hands once before this transaction; I mention that because landlords can get burned out by constantly having to release the same local over and over. When I took the listing I asked for copy of the lease and was so happy to see 2 little pages, I thought, "oh goodie".

I advertised the business on BizBen and found a buyer quickly, we went into escrow. The seller told me the landlord was an older guy and a little particular so it would be a good idea if he told him he was selling and then set the meeting to introduce the buyer in person. That meeting happened without too much incident. The buyer explained to the landlord that he needed more time on the lease because he was getting a SBA loan. There was a bit less than 3 years left on the current lease so initially we asked for 2 options of 3 years and 4 years. As the deal progressed it came time to get the assignment signed and the options taken care of. That's when I got involved and had to speak to the landlord for the first time.

To say this man was cantankerous would be an understatement, he spent 25 minutes telling me what a huge waste of his time this was and how everyone involved was incompetent. He was combative on everything I said and it was obvious he was going to be a pill to deal with. Then, as Murphy's law would have it, the bank asked for a 3 year + 4 year option but that wouldn't cover the whole term of the loan, which is usually 10 years, they were a whopping 4 months shy. Normally that wouldn't be a big deal, as a matter of fact, if I had a property in an offbeat location and I had a tenant who wanted more options I would be thrilled to give it to him. This guy was not thrilled, he was bitter to his core and the most negative person I ever spoke to. We were end the end of the SBA loan process and 2 days from closing and the only thing holding us up was this guy. All we needed was 4 months added on to end of 9.8 years and he wouldn't do it. I pleaded with him to not take his anger out on the tenants, they didn't do anything, and he refused. The whole loan had to be rewritten to accommodate the new term of 9.8 years and it delayed the closing by another week.

I have dealt with a lot of landlords and they are very predictable, if it benefits them then that's what you can expect but I never had a situation like this. There was no benefit to behaving this way and I'm happy the buyer wasn't frightened away by this guy's nasty behavior. The good news is that the buyer got a great business that he's very happy with and will make a great living with and the seller sold his business for a good and fair price. So the moral of the story is that you can't assume that you're going to have an easy ride with a landlord that issues a 2 page lease. You must always be professional, courteous and on top of the assignment details no matter who the landlord is.

Recent Blogs & Articles:
Selling A Business With A Month-To-Month Lease

What Are Business Buyers Biggest Mistakes? We Examine The Most Common

Thinking About Selling A Small Business? Know These 8 Factors That Matte...