Buying A Liquor Store - When Do I Perform The Inventory Count? 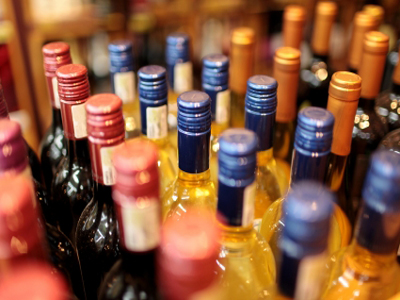 The only time to get an exact and accurate inventory count, and valuation, is at the time the business is being transferred. To do so beforehand, would mean that any merchandise sold after inventory is taken, but before close of escrow - Peter Siegel, MBA with BizBen & others discuss this topic.

Topics: Buying A Business, Escrow Closing Issues     Tags: buying a business, escrow bulk sales, inventory
Thank You For Your Submission. Your Comment Or Reply Will Be Posted Shortly.

Contributor: Peter Siegel MBA: BizBen Founder, Lead Advisor
The only time to get an exact and accurate inventory count, and valuation, is at the time the business is being transferred.

To do so beforehand, would mean that any merchandise sold after inventory is taken, but before close of escrow - assuming the store remains open and some merchandise is sold before the deal is finalized - would enable the seller to collect the proceeds from any merchandise sales as well as receiving the wholesale value of that merchandise, even though it no longer is part of inventory and cannot be transferred to the buyer.

As an example, if a bottle of scotch whiskey is counted during inventory, and included in that count when inventory value is made part of the escrow, but actually was sold while the escrow was being conducted, the buyer will have paid for it, but won't have it on the shelf to sell when he or she assumes ownership.

Contributor: Business Appraisals, Valuations Advisor
After business hours or on slow days. I know that is hard to do with your business but those are the best times.

Contributor: Helen Yoo, Escrow Services: Southern CA
From the past transactions, we usually see the buyer and seller perform inventory count within 48 hours from close of escrow or at least a day before the close of escrow. In the opening escrow, buyer and seller usually agree on a rough estimate of the inventory amount and once parties complete the inventory count, then the escrow holder is notified of the exact figures so it can be incorporated into the escrow closing documents.

Contributor: Business Broker, SF Bay Area
Usually I recommend doing the Inventory the night before Close of Escrow. Then next morning you can take the Inventory information to Escrow to have them update the final price based on the actual inventory. There are Inventory services who will do the Inventory lot faster than you would do it on your own. If the Seller keeps the cost information handy that speeds up the process. Otherwise you can use the retail value divided by the normal markup for that kind of an item to arrive at the cost. If there will be a gap between when the Inventory is done and the date for close of escrow, then have Seller keep track of the sales during the interim period and then reduce the Inventory count by what Seller sold during that period. Usually Seller can arrange not to purchase any new inventory during those few days.

Contributor: Janet Carrera, Escrow Services
Usually the inventory is done the night before closing - buyer/seller can do inventory together OR there are companies out there that will do it for you.

Contributor: Rick Carlson, Business Broker - Southern CA
I would assume you did a cursory inventory assessment prior to entering into any contract to purchase as a start. We always try to do a final inventory the night (ideally after hours) or day before closing and then all proceeds (upward or downward) are adjusted by escrow. This way "you get what you pay for" and there's no shenanigans.

Tips On Successfully Buying A Gas Station Business That Pumps Out Profit...