Don't Fall For The Tangible Trap: Overpricing Your Business When Selling 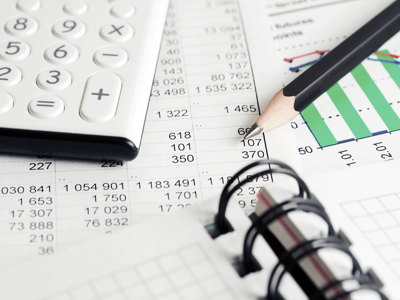 Overpricing is the number one mistake sellers and their brokers make when putting businesses on the market. Even profitable, well-managed businesses can get buried under a bad number. Brian Loring (Los Angeles County Business Broker) discusses "the tangible trap" and how to avoid it when selling.

Topics: Selling A Business     Tags: business valuation, selling a business
Thank You For Your Submission. Your Comment Or Reply Will Be Posted Shortly.

Contributor: Business Broker: LA County Area
Overpricing is the number one mistake sellers and their brokers make when putting businesses on the market. Even profitable, well-managed businesses can get buried under a bad number.

One of the chief culprits in over-estimating value is what I call The Tangible Trap. I find a lot of business owners misunderstand how their tangible assets impact value. Specifically, their equipment and tenant improvements. As a broker, it s often disheartening to show owners how these tangible assets don t provide as much bang for the buck as they d hoped.

Months ago, I was working with a restaurant owner who had not turned a profit in any of his four years of operation. In that period, he had spent roughly $300K in improving and building out the restaurant space, another $100K in expanding his outdoor patio, and roughly $80K over the years in upgrading his kitchen equipment, freezers and fridges. To make matters worse, he had just one year left on a 5-year lease, with no options and a poor working relationship with the landlord.

He shared a common false presumption. He anticipated that potential buyers would see all the dollars that had been spent on the buildout and they d look past the intrinsic flaws in his operation. In his mind, he'd spent half a million bucks on this restaurant and these investments made his business worth at least $350K or more.

He was gracious and professional when I explained that my opinion of value was nowhere close to what he hoped. But he wasn t coming down from his lofty price expectations. And he wasn t going to hire me either.

Small business valuations typically combine the Income, Asset and Market Approaches to reach opinions of value. The most favored method seeks to approximate the value of a business by applying a multiple to the discretionary cash flow. This seller s discretionary earnings (SDE) figure is multiplied by a factor that considers industry type, market conditions, competition levels and indicators unique within their business categories.

Here s what many owners struggle to understand. When they are told their business could net a sale price of 2.5x net earnings, they often want to add the cost of their tenant improvements and tangible assets on top of that calculation. Or they believe their tangible assets are far superior and more valuable.

The difference in multipliers is grounded in many value factors - the assignment of risk, strength of industry, lender favorability, workforce expertise, depreciation timeframes, equity investment desirability, plus many other longstanding conditions. A huge part of the multiplier disparity involves the typical forms of equipment and tenant improvements involved in particular industries. That s why the multipliers are sometimes arbitrary, but still often accurate, yardsticks for estimating what a buyer may pay.

My restaurant owner made the mistake in believing he could simply add $250K-$300K as a raw figure representing the fair market value of his equipment and TI s, to offset his negative cash flow and reach a favorable value conclusion. He never put his restaurant on the market. He wound up getting a considerable amount of money in an asset sale of his equipment, furniture and other tangibles, plus a separate sale price for his recipes.

Every business has its own unique value drivers. Highly-improved businesses will indeed net higher prices than modestly-equipped companies, all else equal. Putting numbers to your tangible assets can be tricky, so I d certainly recommend professional input. Just don t be surprised if that expert tells you that a sizable chunk of your tangible asset investment is not recoverable.

Contributor: Business Broker, SF Bay Area  Post ID: 1201
I believe many small business owners have this misconception. I run into it on a daily basis. Another way to understand this "trap" as you explain it, is to look at the business without the equipment and see how it affect the value. Say, for example, the business in question generates a net profit of "$A" without the equipment, improvements, etc and then nets "$B" after the installation of said improvements. Regardless of how much you paid for the improvements, they are only worth some multiple of the difference between A and B.

In its simplest terms, if a "machines" sole purpose is to make widgets, and you are selling a widget business, the value of the "machine" has nothing to do with what you paid for it, but rather some multiple of what you can make from selling the widgets it makes.

Just because you spent a lot of money on something doesn't make it valuable.

Contributor: Timothy Cunha JD: Business Broker, SF Bay Area
Brian is absolutely right. Over-pricing a business creates false expectations in the seller and a sense of incredulity in the buyer. It impedes serious consideration by the market, and makes it difficult to later come back to market with a substantially lower price: potential buyers want to to know what happened to the business to make it now "less valuable."

The "assets" of the business include everything that generates profit: furniture, fixtures, equipment, workforce, lease, market presence, customer base, branding, intellectual property, the ever-enigmatic "good will" (the potential and ability of the business to generate profit in the future), etc. A simple response I give to my potential sellers when they ask about value is: "The value of the assets is based upon the profits they generate."

Any potential buyer isn't buying an amalgamation of "stuff", but rather a living, viable, sustainable business enterprise. For example, a manufacturing company could have machinery and equipment that is worth $1,000,000; but, the whole business enterprise is only worth $800,000. Conversely, a web enterprise could have a mere $20,000 in physical/tangible assets and be worth several million dollars.

Contributor: Joe Ranieri, Business Broker: LA, Orange Counties
The worst thing to do is overprice a business, especially in the honeymoon period or right when you start advertising it. If the price and terms are off at the beginning of the advertising, it could later bring in a lower than normal purchase price, because of stagnation while it sat on the market.

Contributor: Broker/Consultant: Elderly Care Services
I completely agree Brian and getting past the "emotional value" and "intangible value" Business Owners place on their upgrades is often a challenge. A certain amount of value can be given for newer equipment, upgraded systems and "potential service life" of those systems. But Sellers need to realize that that potential value is only worth as much as the Buyer is willing to pay for it.

Getting An SBA Loan To Buy A Small Business: Dispelling Some Major Myths...

Selling My Business: How Many Business Brokers, Agents Should I Intervie...