Is There Such A Thing As Paying Too Little When Buying A Small Business? 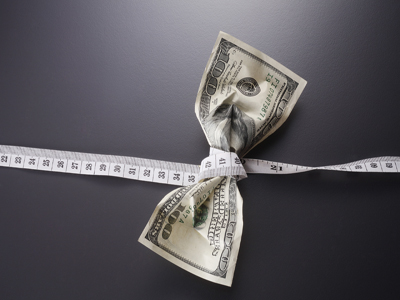 We all understand the idea of paying too much for a small business. But is there such a thing as not paying enough? That seems like an odd notion, but I'm familiar with situations in which a buyer acquired a small business for a figure substantially under what probably was market value.

Contributor: Peter Siegel MBA: BizBen Founder, Lead Advisor
We all understand the idea of paying too much for a small business. But is there such a thing as not paying enough? That seems like an odd notion, but I'm familiar with situations in which a buyer acquired a small business for a figure substantially under what probably was market value.

Yes there are instances when a seller will agree to let a buyer take over the business for a figure well below what most buyers would have been willing to pay. Usually the circumstances include an extremely motivated seller and a buyer who's there at the "right" time, and aware of the seller's eagerness to get out of the business.

I'm an advocate for what we call the "win-win" transaction, with both parties getting what they want; not one party taking advantage of the other. I've noticed that a deal involving a purchaser who purposely takes advantage of a "desperate" seller, does not always end well for that buyer. Maybe it's because of bad Karma or a short-sighted business strategy.

The purchaser of a service business had his all cash offer accepted although the price was about half of what the seller was asking. The owner of the business felt he needed to move immediately to another state to take care of his ailing mother, as she needed care and was unable to move to him.

Many of the seller's customers were sorry to see him leaving the business. When word got out that the new owner had taken advantage of the seller, they stopped doing business with the company. Within a few months, the business no longer generated a profit and the buyer came to realize that his deal wasn t the bargain he d expected.

And the seller of a retail store was in a hurry to find a buyer because of his quickly deteriorating health. His wife's insistence on getting out of the business, even if he had to "give it away," prompted him to accept the first offer. It was at a price about two-thirds of what he was asking, and was highly leveraged, with the seller taking most of the payment in the form of a promissory note. A few weeks after the close of escrow, the seller's wife became his widow, and soon after that she realized that the buyer was neglecting to make required monthly payments of principal and interest on the seller s carry-back note. It was money she was counting on to live.

She explained her predicament to a business attorney. And once the lawyer learned about the circumstances of the sale, and examined the language of the note, she notified the buyer he was technically in default, and the total sum of the note was now due and payable. He was given 15 days to pay off the note in full or face a court action in which the widow would ask that the business assets be seized and sold. Any shortfall between the money raised by the sale and the full sum due the widow, including reimbursing her for legal expenses, would be the responsibility of the buyer. That might include, if necessary, the court requiring him to sell personal assets to raise the required sum.

The buyer was able to get a quick loan to pay off the widow and avoid her legal action. But the loan came with a high rate of interest and the borrower's risk of losing his home if it was not paid off exactly as he'd agreed.

Perhaps some of my colleagues will have a different idea about whether it's possible to pay too little for a small business. I've noticed the buyer able to achieve such a deal may come to regret it.

Contributor: Joe Ranieri, Business Broker: LA, Orange Counties
Peter, what a story! It sounds like that store might be more cursed than Tutankhamun's tomb, just joking. Unless a broker has a pocket listing or the broker is unscrupulous than NO, Fair Market Value will win the day. If I had a listing to sell a coffee shop that had a net income of 60K, and the store was listed for 20K, and it was properly advertised on something like BizBen.com, then I would get more calls than I knew what to do with. The first seller who let everyone know what the selling price was did hurt the goodwill of the business for sure. I have had experiences with selling stores who have received notice from ABC that they had to sell the store with 90 days or their license would be revoked because they received too many tickets (selling to minors, undercover ABC investigators, etc). Buyers who are paying all cash are many times more shrewd in their negotiations, because there are fewer of them in the market. If the buyer offers a price at fair market value, and then drives the price of the business down during escrow or threatens to back out of the deal with a desperate seller, then that's a different story.

Contributor: Broker/Consultant: Elderly Care Services
Great question and I think the answer lies in what is the true motivation of the Seller.

Is the Seller discounting the price because of a "bad" lease?

Has the Sellers CPA indicated that due to depreciation schedules it might be a good tax strategy to sell low versus high?

Is the business causing undo stress on the Seller and his/her family?

There are multiple variables involved when pricing a business, the price is not simply determined by a multiplier of the annual net before taxes. Take a close look at any business no matter the price and ask leading questions to get a complete picture. You might be surprised that yes there are great deals still out there if you only look hard enough.

Contributor: Timothy Cunha JD: Business Broker, SF Bay Area
We can look at this from the perspective of the seller as well.

When sellers ask me about "the right price," I usually tell them that there is no right price for all buyers. Unlike real estate,the ultimate sale price of a business can vary greatly depending upon the unique characteristics, expectations, and objectives of the individual buyer. That being said, there is definitely a "too low" price. And, this can be an asking price that's too low or an eventual selling price that's too low.

When setting an asking price below a reasonable range in order to generate the quick sale, the inevitable question from prospective buyers is. "What's wrong with the business?" A question the seller does not want asked. Better to set a reasonable price with the willingness to negotiate lower in return for a cash sale, a quick sale, or both.

Selling too low can take two forms: One, the actual cash received is significantly less than could have been realized by persisting a bit longer, or making relatively minor changes to improve perceived value. A small investment on the part of the seller could generate significant benefit. It's like improving the "curb appeal" of real estate. The other form of a "too low" sale is taking a little cash and a lot of debt. If the seller note is firmly secured by really valuable collateral -- like a second mortgage on a piece of real estate with a lot of excess equity -- then taking a low cash component in order to get rid of the business quickly can be a prudent decision. But, too often sellers deal with a confluence of desperation and greed and will take the higher offer with a lot of seller financing, selling for too little cash, when the prudent move might be to take the lower all-cash offer.

Why Is A Small Business Sale Kept Confidential? How Is That Done?

Seller Doesn't Have Recent Financial Figures: What Should I Do?

I am Selling A Small Business - How Do I Qualify Potential Buyers?

Brokers Not Returning My Calls: How Do I Get Them To Call Back?

Buying A Small Business That Is Not For Sale - Strategies For Business B...