What Are Some Tips On Buying A Billiards, Pool Hall Business? 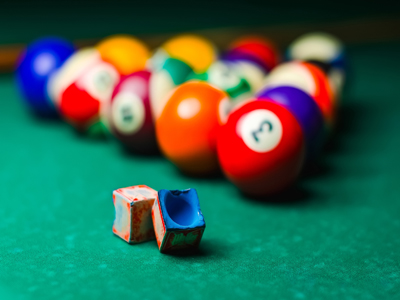 Pool Halls/Billiards in America, currently is seeing a resurgence, mainly due to pool hall owners catering to a millennial crowd who is growing up with playing pool and other games on their phones and later mingling with others and playing the sport for real. Read about the best tips for buying one!

Topics: Buying A Business     Tags: buying a business
Thank You For Your Submission. Your Comment Or Reply Will Be Posted Shortly.

Contributor: Joe Ranieri, Business Broker: LA, Orange Counties
The term "pool hall" can conjure up many different types of images, some negative, such as lowly lit rooms, whose occupants are gamblers or hustlers, who spend their day smoking, drinking, gambling and perfecting their pool technique. Billiards has an on and off again relationship in America, with some decades it being "hot" while others it being "cool". According to Billiard Congress of America "During World War II, a great number of soldiers took up billiards at military camps and the industry expected a tremendous surge in peacetime popularity for the sport. But instead, soldiers generally returned home, got married, started families and built a suburban life." Over the last fifty years, two films have revitalized the sport in America, the first being the 1961 film "The Hustler" and the 1986 film "The Color of Money". Pool in America, currently is seeing a resurgence, mainly due to pool hall owners catering to a millennial crowd who is growing up with playing pool and other games on their phones and later mingling with others and playing the sport for real.

The first thing to do when buying a pool hall is to investigate if they have a Point of Sale machine that tracks how long each pool table is being used during the day and remember that busier times will tend to be at night and on the weekends. Some pool halls will have tables that will be coin operated or have a deal worked out, so that for every 10 dollars or so that is spent for food/drinks equals 1-hour worth of pool. Regarding food and drink, a buyer should find out how much is sold, and verify licenses and permits.

In pool halls, impressions are everything. Customers notice the felt on the tables, is it clean from stains, rips and tears? How does the carpet look? Is it colorful and clean? A successful pool hall should make a conscience effort to play against negative connotations, so it should try to have the glitter and glitz of Las Vegas and less of the basement and under serviced images that we've all seen portrayed in films and television shows.

Pool itself should be what drags the customer in, but it's not what makes them stay. There should several TVs and juke box to keep players entertained, while also have darts and arcade games. To keep customers coming back, organize tournaments and offer monthly memberships.

Regarding employees, make sure they are cross trained, so that they can tend to bar or make food, but also collect coins from the arcade games or pool tables, and know how to do simple maintenance. The food item should be a simple menu that includes finger food, etc., and selection of alcohol, and again, a buyer should always investigate licenses and permits.

A pool hall will require a good amount of square footage, so be mindful of the rent, and make sure that there is good street traffic and ample parking. I've observed some of the best pool halls are free standing buildings, but there have been successful ones that neighbor other businesses.

If a pool hall is going to attract a modern and young crowd then it should have a strong social media presence, a buyer should go on sites like Yelp and see what customers are saying.

How Long Does It Take For A Small Business Restaurant To Sell In Califor...